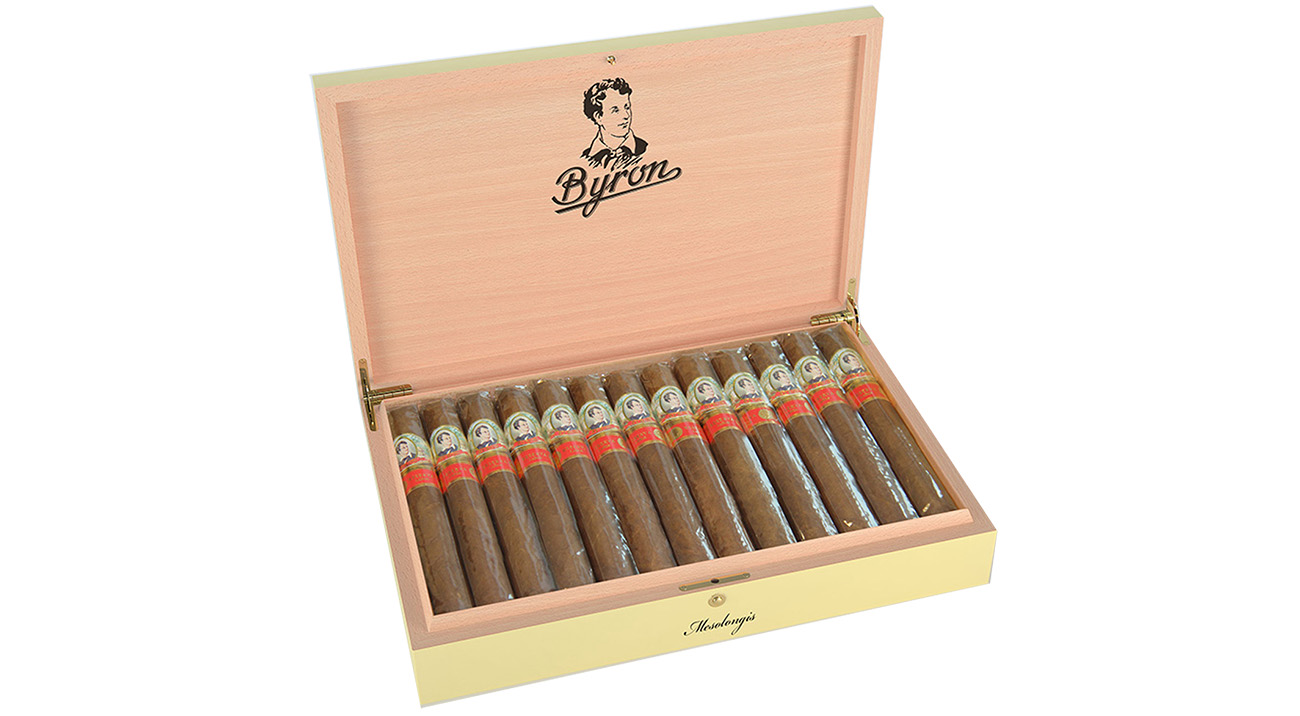 In 1848 Jose and Eusebio Alfonso, cousins, opened a small cigar factory in Santiago de Las Vegas, a province of Havana, Cuba and created a cigar brand named Lord Byron in honor of this world renowned English poet. He was arguably the greatest author of romantic poetries of the day and more importantly pertaining to the brand, an avid cigar smoker and enthusiast. Some researchers say “Lord Byron became the first cigar brand to adorn a lithographed cigar band and label with a name on it”. More than eighty years later, in the 1930’s, The Great Depression hits and Lord Byron cigars were gone, but not forever. Now…150 years later the original owners’ great-great-great grandson Nelson Alfonso recovered again the Byron brand name in 1998.

What should you expect from a Byron 20th Century?

An exquisite cigar with an impeccable, seamless roll. The wrapper feels smooth and offers a light glint of oil. Rich peanut and cocoa powder aromas, Hints of spice appear along with mild notes of white pepper.

Find a Store Near you!